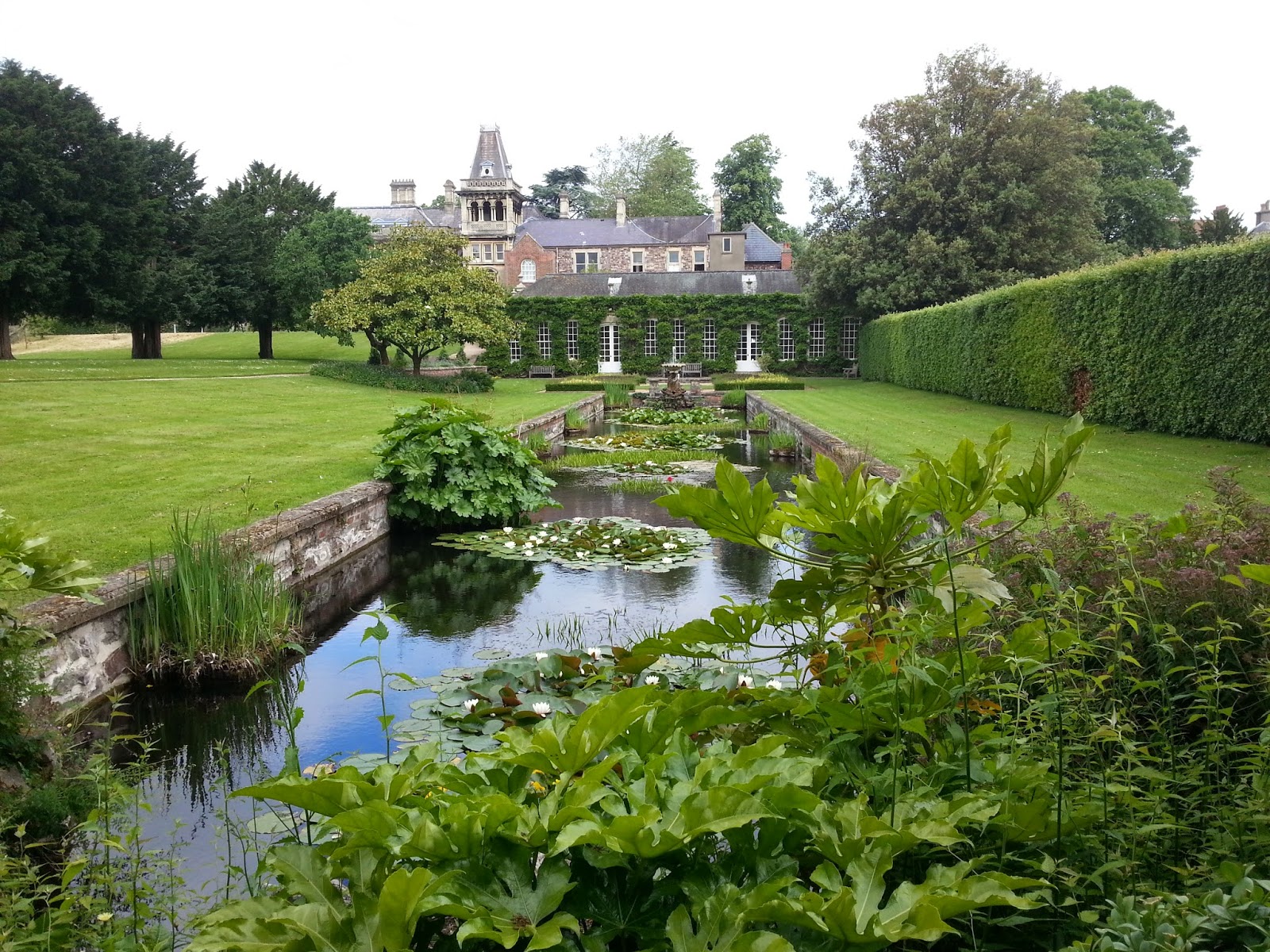 The University of Bristol owns an important cultural monument in Clifton: Goldney House and Gardens. The old manor house is now converted to student apartments, and there are neighboring modern apartment blocks for students too. 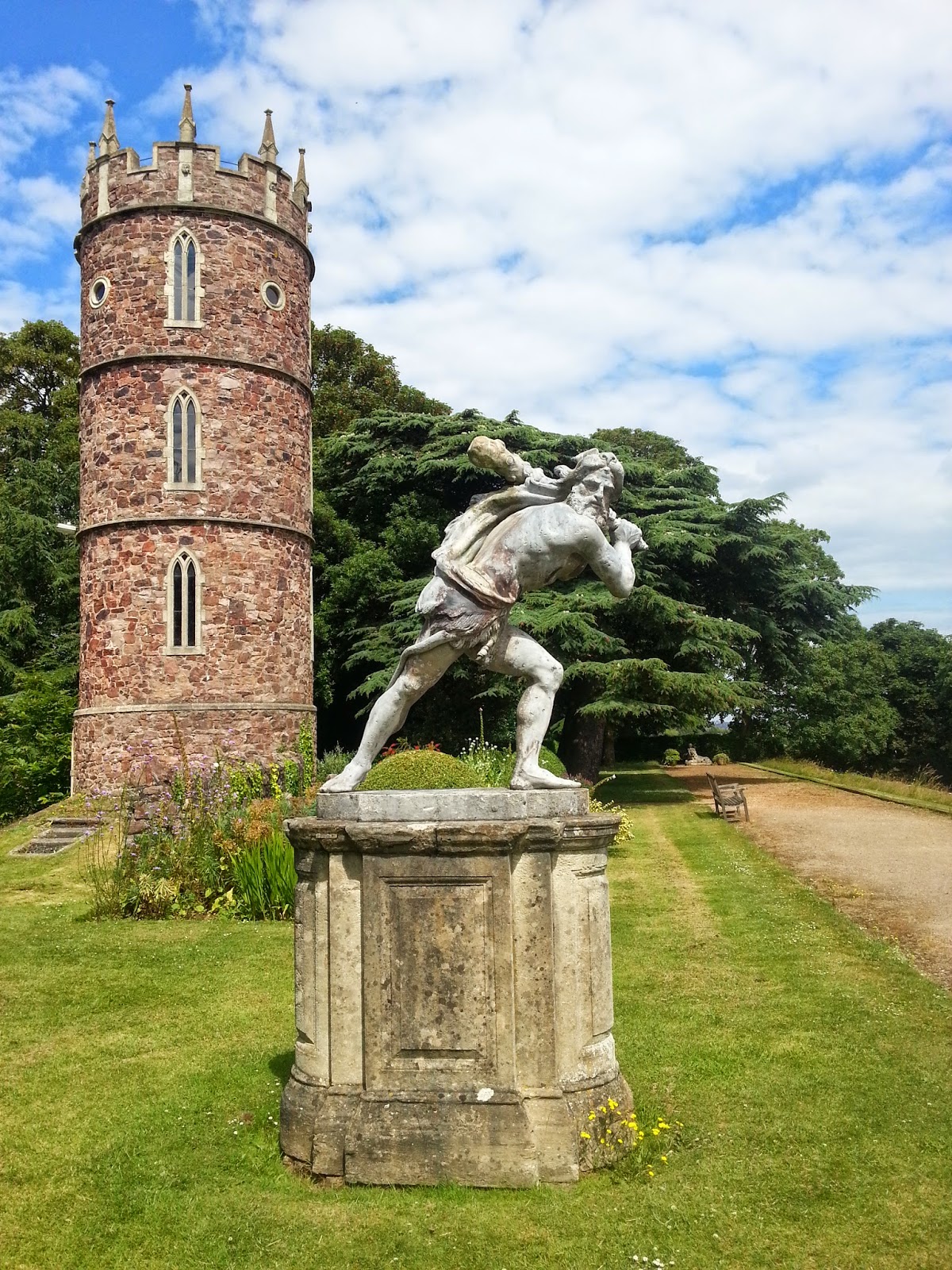 Our focus should not be the house, except to note that the modern student building fits very well with the gardens. This modern style appeals to me because it avoids the anitiquated style of the main house and keeps the property alive.

The garden is a surprise. Even if you live in Bristol, you don´t necessarily know the garden because it is hidden behind high walls. You enter the garden through a small doorway in the wall, which opens up into a kitchen garden and a tennis court and after that a meadow with fruit trees appears. This is just the first part of the garden, which is on an embankment, and was only ever the kitchen garden and orchard to supply the house. The University´s more recent installation of tennis courts disturbs the historic site and should, I think, be dismantled. 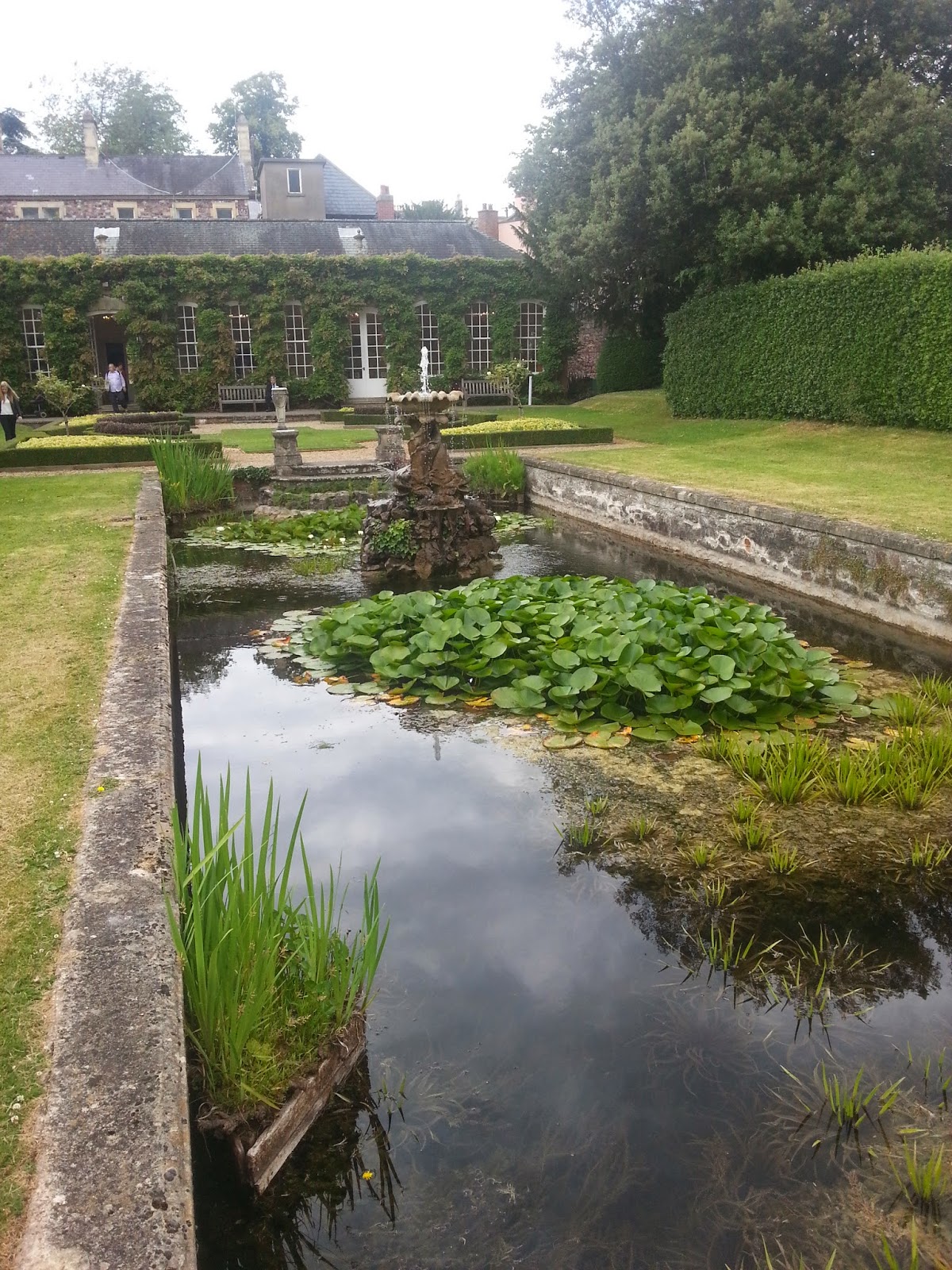 The kitchen garden directly abuts the house´s orangery, where a small path leads into the more important part of the garden. As you pass through a narrow opening in the hedge near the orangery, a spectacular garden expierence opens: The basic garden layout is as it was in the 18th century, as shown by contemporary paintings. What makes this look so adorable? There are a few, simple and well arranged characteristics: a clear layout, consisting of three straight lines, which meet the house with right angles (the old yew alley, new path, and the long rectangular pond). Another main line captures and combines the three elements at some distance from the house, making a balanced look. 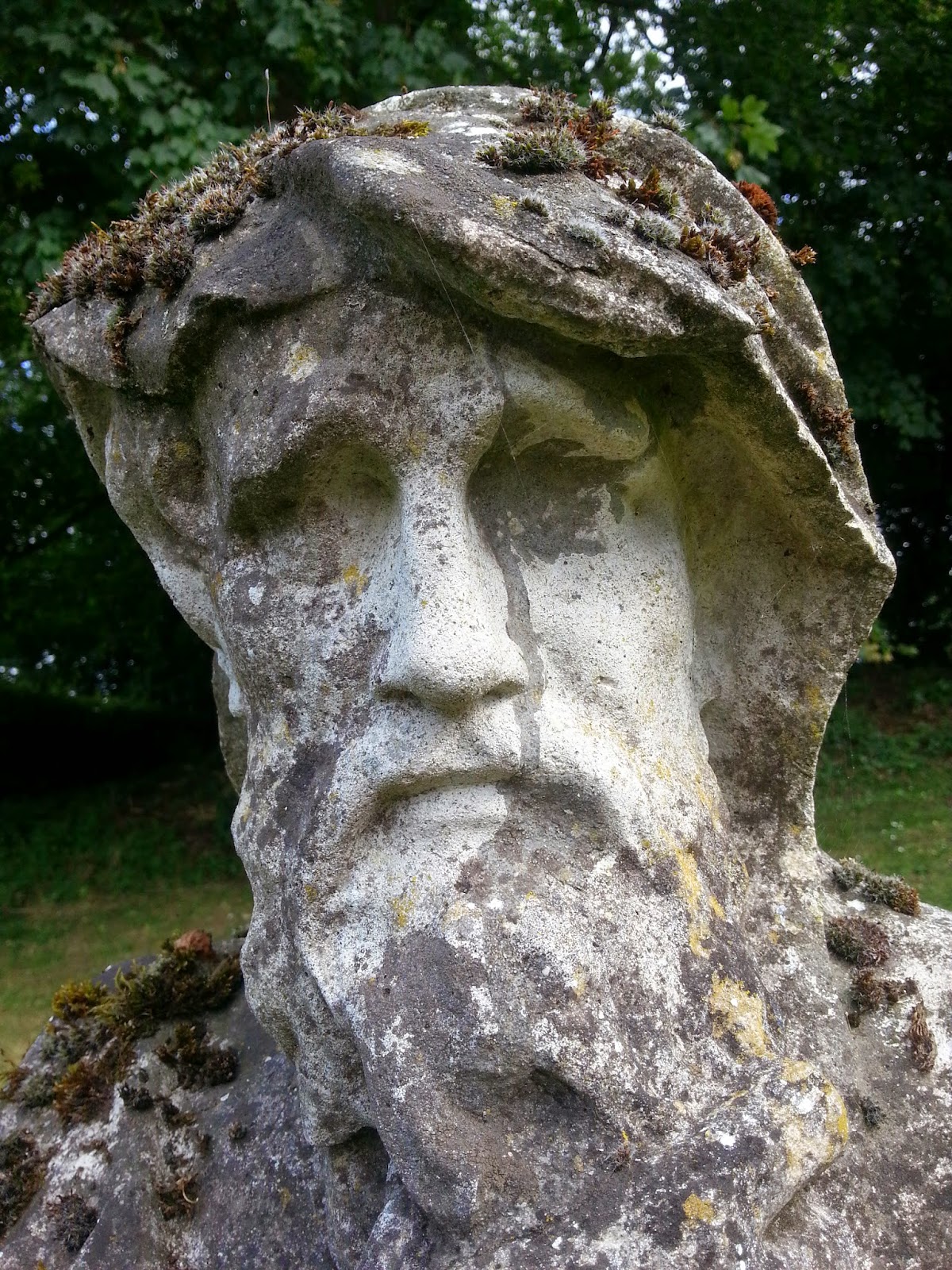 These lines are arranged as follows:

From the main entrance of the house a yew avenue goes to a hidden cave, which probably shows the old path. In the 19th century the path was formed by a lawn.
In addition, a new path has developed in parallel, which starts at the orangery and goes to the observation tower, which now stands at the end of the line of sight.
The third line starts right in front of the orangery and is a formal water feature - a long, rectangular pond with a fountain. All of these lines meet the main house and the orangery with right angles and disappear towards the observation tower. Behind this starts the second main axes of the garden, which runs parallel to the house, on top of a wall ending as a bastion. Everything is simply and creatively interwoven so that
when one walks through it nothing appears angular or artificial. 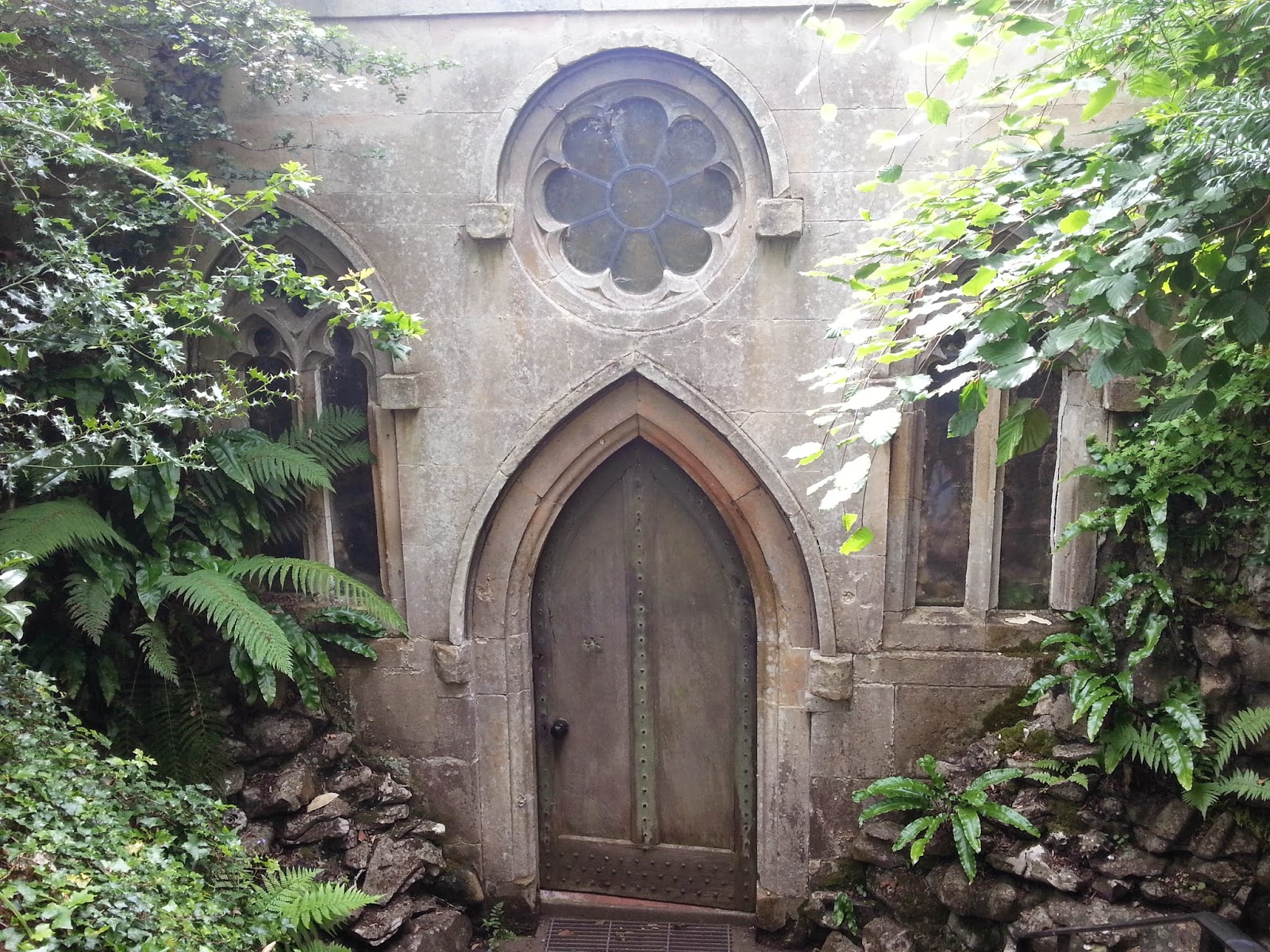 The observation tower was designed as a pump house, containing a steam engine pump, for the spectacular water features in the underlying cave.

A staircase leads us down to a gothic-style vault. Inside is the wonderful version of a cave with an underground water course and devine figures. The creator of the garden, Thomas Goldney III designed this underground hall in 1739 with, what for the time, was a significant water feature, shell-decorated walls, a river God, and other statues that still enchant today. 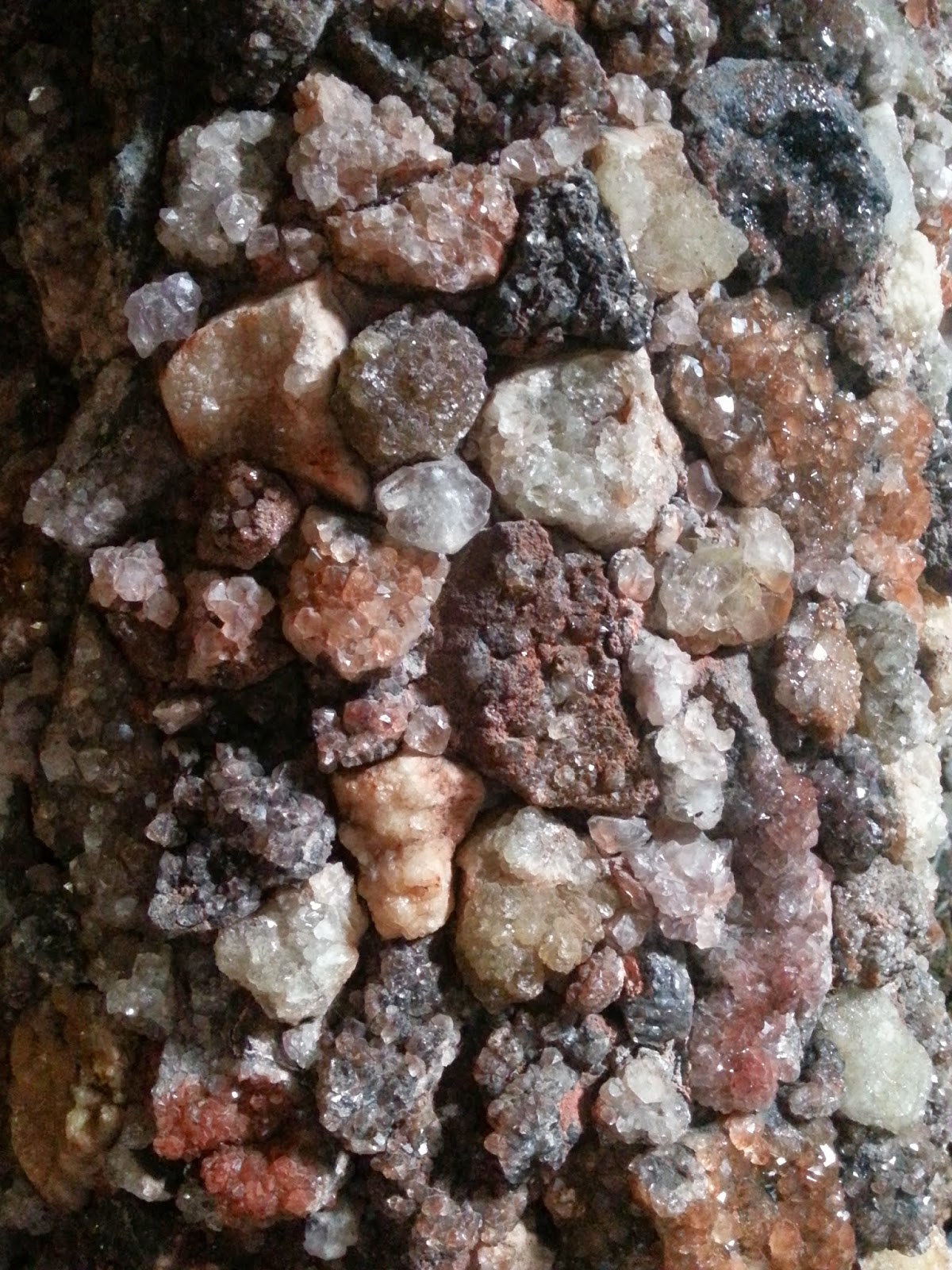 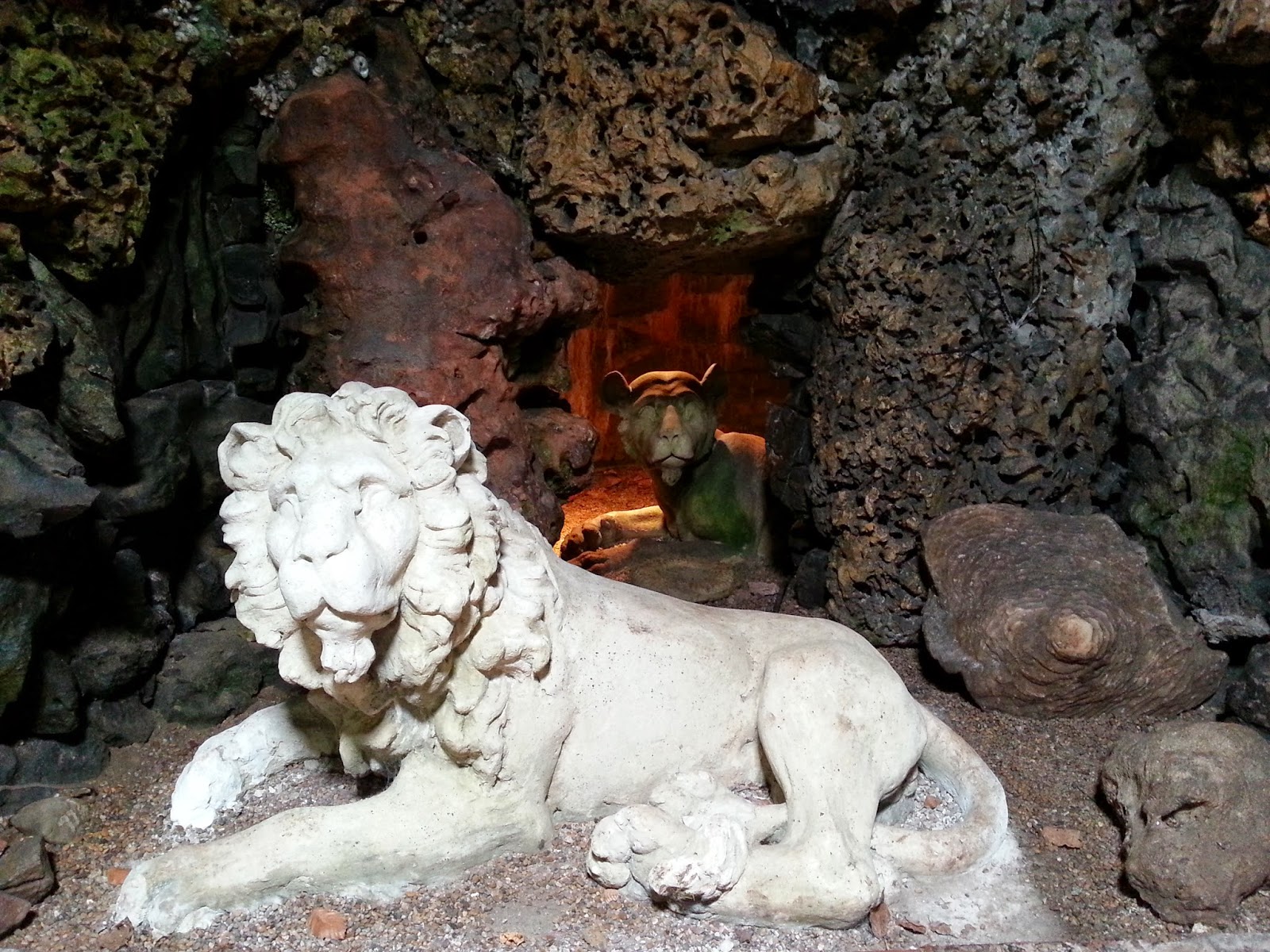 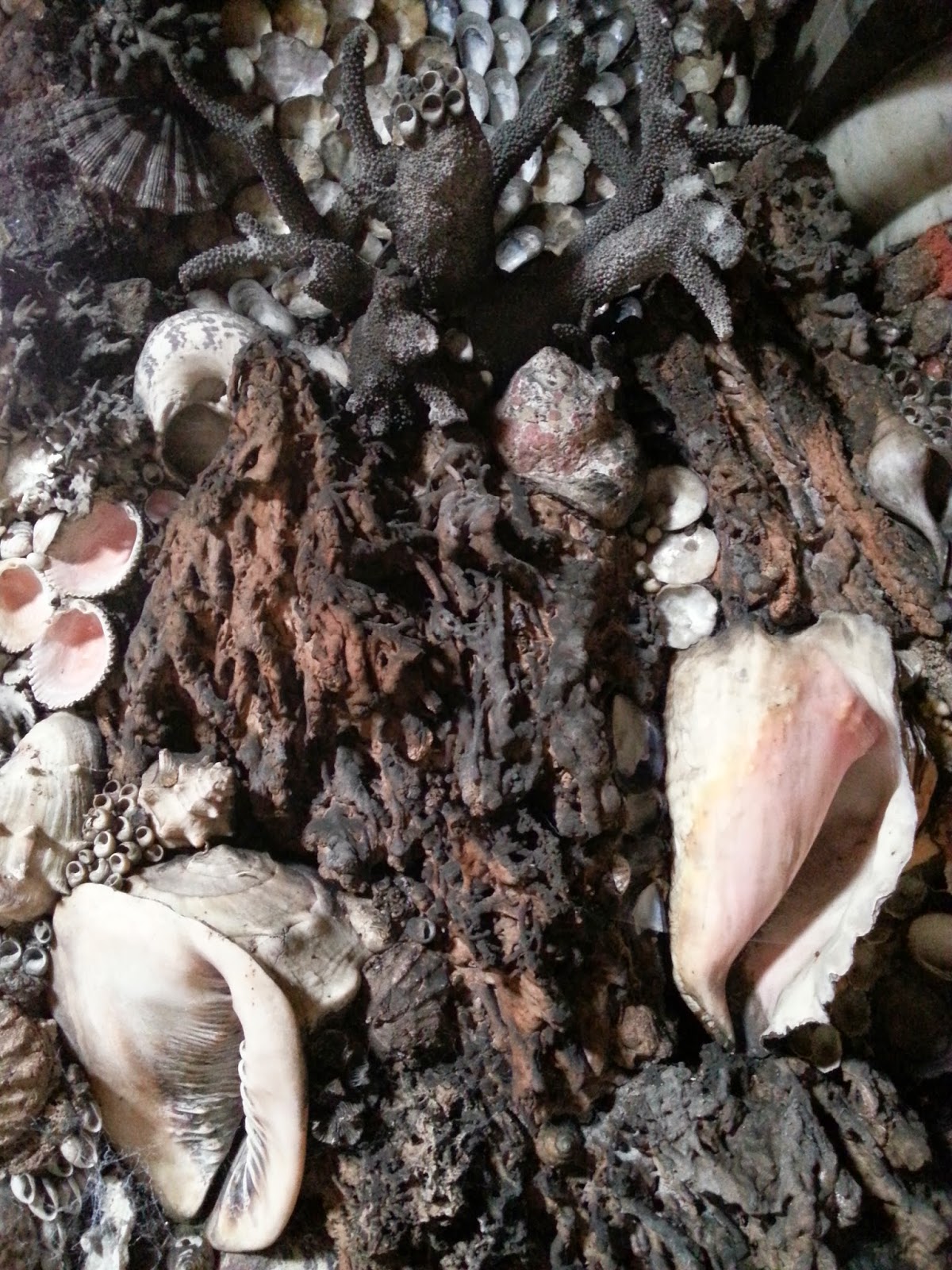 The cave also has a stone lion guarding a lioness in a room behind. The whole athmosphere was made to entertain the 18th century visitors by ceating an unknown, exotic world.
Above ground, the garden continues along the wall to a pavillion in the gothic revival style. Below this it continues with a final round bastion building, previously allowing views of the River Avon and Bristol floating harbour. This is overgrown today with beautiful old trees. 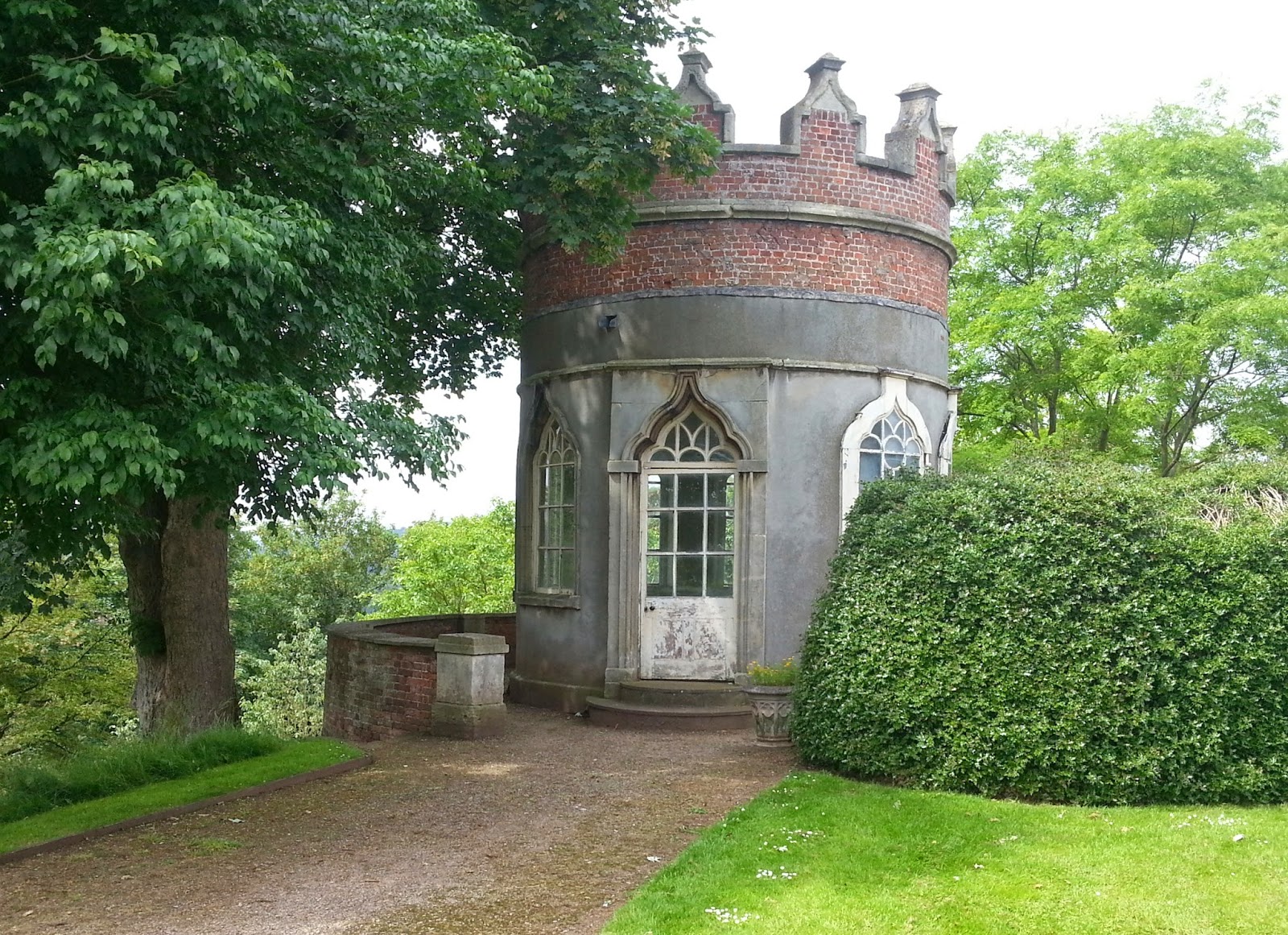 The garden
Posted by Matthias Spall at 22:31